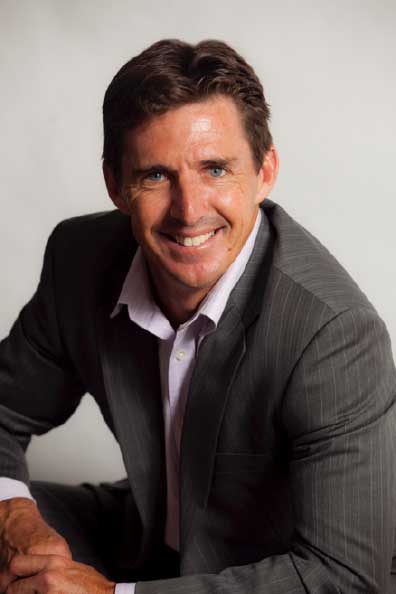 Born in Narrogin Brad grew up on a farm near Williams (W.A.) and is a former pupil of Aquinas College, Perth.  He made his first class cricket and domestic limited overs debut for Western Australian in February 1994.  He was primarily a left arm wrist spinner (chinaman) bowler and a capable lower order left-hand batsman and excellent fielder.

When Brad commenced his first class career as a batsman at the age of 23 he had never bowled a ‘Chinaman’ delivery.  Asked to bowl ‘Chinamen’ deliveries in the nets on his first appearance for W.A, due to the New South Wales selection of a ‘Chinaman’ bowler Fred Freedman, it instantly became apparent that there was an opportunity to add an extra dimension to his game.

Brad made his mark in the Australian One Day team replacing Shane Warne in 2003. He also represented Australia touring Sri Lanka and India in 1996, and then spent seven years in the wilderness, before returning to the team in 2003. No other Australian player has waited so long between matches.

Brad played in 123 One Day Internationals and 7 test matches for Australia, with the highlight being the ‘flipper’ that bowled Andy Flower in the 2003 World Cup game against Zimbabwe. In his book ‘Walking to Victory’ Adam Gilchrist described it as “one of the balls of the tournament.”

Brad also represented Western Australia from 1994 to 2008 and spent a season with Warwickshire in the 2004 County season in which they won the championship.

Brad enjoyed every moment of his cricketing career, having a beaming grin from ear to ear every time he was on the field.  An excitable and likable character, Brad finds it hard to stay quiet or sit down for more than 30 seconds seeing the humorous side in the majority of instances, hence known as the “Pest” in the change rooms.

At age 40 he made a comeback to cricket in 2011 when he was asked to join Perth’s new Big Bash team Perth Scorchers. He instantly became something of a cult hero at the WACA with crowds chanting ‘Hoggie, Hoggie’ every time he took another wicket or touched the ball.  His stunning return to cricket helped the Scorchers win the BBL league for three successive years and earn the team a place in the Champions League Twenty 20 Tournament in India.  His stunning performances also caught the attention of Australian cricket officials and he was selected to play for Australia in the 2012 Twenty 20 squad.  Rarely has a player retired from playing cricket, been out of the game for three years, and then regained a place in the Australian team.

After the 2015/16 season Brad hung up the orange shirt of the Perth Scorchers and traded to Melbourne Renegades for 2016/17 season.  At 45+ plus years of age Brad shows no sign of slowing down and has a mantra to play to 50 years of age at the highest level he possibly can.

Brad is also a much sought after speaker for corporate and sporting events. In a motivating, inspiring and entertaining presentation Brad takes you on a journey of his highs and lows, the people who inspired him along the way, the struggles to stay focused and believe in the dream when he wasn’t being selected to play year after year, self believe in practice, facing fears, good leadership examples, teamwork, what the baggy green means to him and Australia, how he deals with nerves, why preparation is critical to success, change room pranks and anecdotal tour stories, and much more…..