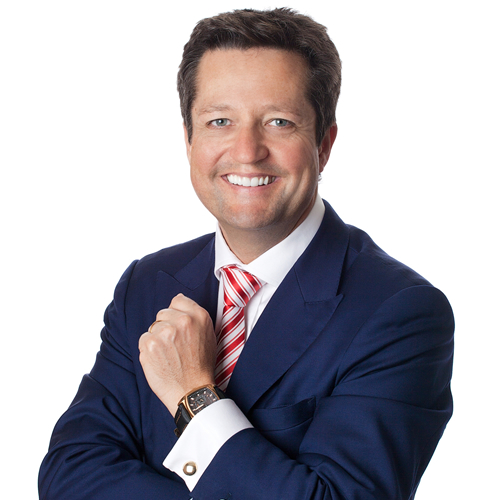 Craig Smart spent the best part of a decade as one of the voices – and faces – of ABC News in Western Australia, before being approached to present the nightly news service for Channel Ten in Perth.

Known for his warm yet authoritative presentation style, he’s become a familiar and trusted figure.

Craig spent a year overseas as a teenager, learning to speak French while billeted with a local family. In his gap year back in Australia he got his hands dirty on farms from the Kimberley to the southern wheatbelt in WA. He went on to qualify and work as a teacher, and later ran a care home for autistic people with his wife.

But it was a period selling picture features to The West Australian that set him on his current course. He embarked on a Graduate Bachelor of Journalism, won the prize for Top Student and landed himself a job with WA Newspapers. It wasn’t long before he was asked to join the ABC as a reporter and radio news presenter in the state’s south. He spent several years with the national broadcaster in Albany, and was finally lured back to Perth and began the transition into statewide news presentation. Since then, he has built the profile and reputation he has today.

Craig’s interests range from news and current affairs, to education, language, travel, music, cycling…and more. He brings gravitas and substance to speaking events, but can also draw on a host of life experiences to add colour and humour.

Craig is also a first class master of ceremonies/facilitator who regularly hosts corporate and government events.

Behind the News – In a constantly changing work environment, journalists generate a product that is exposed to the scrutiny of a massive audience, day after day. Craig takes you behind the scenes to see what can be learned from their brand of teamwork, adaptability and creativity.

Language and Learning – An anecdote driven take on the surprising ways in which language and communication make us who we are.

Ability and Disability – Observation from time spent caring for people with autism… sometimes heartbreaking, but often inspiring. A reality check for the times we’re tempted to feel sorry for ourselves.