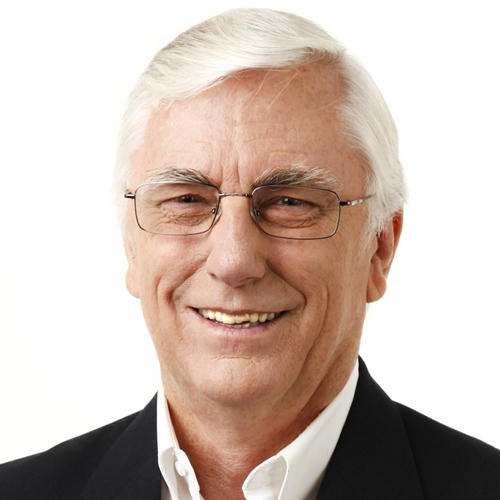 Graham Mabury’s personal and professional life has been and continues to be committed to service. In the late sixties Graham graduated from the University of Western Australia with a BA (Honours) and his Dip Ed. From a position of Acting Senior Master of Music at one of W.A.’s two specialist music schools Graham moved through secondary school teaching to special programs working with youth – designing and implementing rehabilitation programs, public speaking on youth issues and working with homeless young people.

With a notable background in public speaking, much of his work has been done through radio. Graham was presenter of Radio 6PR’s Nightline program for 33 years – something of a record for commercial radio. During this timeframe it became the most successful local evening radio program in Perth. Graham retired from hosting Nightline in late 2014.

His voluntary work within the community has been honoured by the City of Melville’s ‘Citizen of the Year Award,’ the Order of Australia Medal and Advance Australia Award. Rotary has also recognised Graham’s contribution to the community by honoring him with a Paul Harris Fellowship. (Other recipients of this award include Justice Michael Kirby and former Prime Minister R.J. Hawke). In 2002 Graham was named Western Australian Citizen of the Year for Community Service and Senior of the Year – Community Service Awards 2014.

In 1987 Graham was chairman of the inauguration of the Living Stone Foundation which was renamed Lifeline in recent years. Lifeline is the collective services of the Foundation and includes 24 hour counselling, Crisis Support, Lone Fathers’ Family Support, Santa’s Workshop, New
Links – for the lonely, a resource program, plus life skills seminars for around 3,000 secondary school students.

Graham is also a Baptist Minister at the Mt. Pleasant Baptist Church and was a member of Juvenile Justice Advisory Council, the Advisory Committee on Juvenile Offenders, Advisory Committee of the Secondary Education Authority, a board member for the South Perth Zoological Gardens and St.John of God Board of Ethics. He is also guest lecturer at Curtin University’s School of Business Masters Degree in Leadership and Management.

Graham is a much sought after speaker whose presentations titled ‘Strategies for Success’ and ‘This is Not a Dress Rehearsal’, ‘Personal & Business Ethics’ and ‘Communication’ are always well received by audiences and most often described as ‘inspirational’. He has addressed conferences, seminars and hypotheticals in most Australian states, New Zealand and the United States. He is also an excellent MC and facilitator who has hosted events such as Australian Tourism Awards, Lotterywest Peak Performance Awards (for four successive years), Carer’s W.A. Conference, and many others.

Graham has been keynote speaker for many prestigious events including: