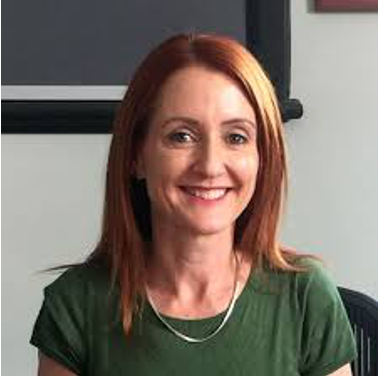 Linda Black is a criminal barrister and regular guest on ABC radio. She has worked as a lawyer for over 25 years spending most of that time in the criminal courts. A former Senior State Prosecutor at the Office of the Director of Public Prosecutions and now an independent barrister at the bar she practices in criminal, disciplinary, regulatory law and human rights law. Linda has appeared in some of the most prominent cases in the State over the past decades. She has defended and prosecuted alleged murderers, drug dealers, fraudsters and sex offenders. She has also seen first-hand the toll that the justice system can have on the people who participate in it.

A former President of the Criminal Lawyers Association of WA and prize winner for Ethics in the WA Bar Readers Course, Linda is not only a highly sought-after jury trial advocate and Counsel, she also speaks regularly in the media, particularly on radio. She comments on current political and social events as well as legal and justice issues. Appearing regularly with Jessica Strutt on Focus and with Geoff Hutchinson in the evening on talkback programs, she is able to engage with a wide audience on a range of issues.

As one of the founding Directors of the Chambers she and her business partner and fellow barrister Chris Shanahan QC created, Murray Chambers, she provides leadership and mentoring to newer members in the legal profession as well as more generally to the community.

A mother of two teenage children, Linda has experienced first-hand the difficulties in dealing with stress, work pressure and the hardships of being a working Mum.

Linda speaks both to people who are victims and those who are accused of crimes and to those who experience challenges brought about through mental health concerns, domestic violence, abuse and the particular challenges of being unjustly accused. She also trains investigators involved in white collar crime and regulatory breaches.

Linda has a passion for Animal Welfare law and is currently the Chair of the Government appointed panel inquiring into changes to the Animal Welfare Act WA.

Outside of work, Linda is a keen musician having studied the piano and cello under a music scholarship at Perth Modern School. Aside from her law degree, Linda holds a BA with Honours in history and her great passion is travelling and hiking. Her favourite destinations are Finland and New Zealand, places she has explored with a backpack and a tent.

Linda a dynamic, passionate and entertaining speaker who is able to speak to a wide range of people drawing on her decades of experience in speaking to juries and in the media.

Alternatively, Linda can tailor a presentation to suit your event’s specific requirements.