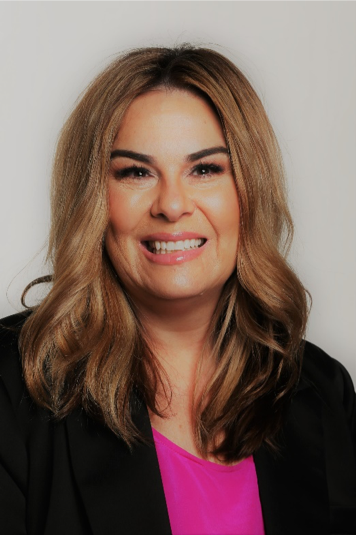 Marie-Anne Keeffe (MAK) is a leading executive in Western Australia’s media industry, having worked for the last 25 years at Channel 7, Perth. A unique blend of seasoned media professional and manager, she has been at the helm of some of the best organisations and programs in the country, gaining extensive and intimate knowledge across TV, radio, print, and company directorship.

A passionate charity worker with significant not-for-profit experience, Marie-Anne was able to combine her love of television, philanthropy and children when appointed the General Manager of Channel Seven Perth’s Telethon – the highest TV fundraiser in the world. Raising more than $80m for the sick children of Western Australia and engaging in partnerships with global giants like Manchester United, has given her extraordinary insights and understanding of how corporates and charities can unite to transform people’s lives for the better, forever. A community change agent, Marie-Anne believes part of her purpose is to use her voice to help businesses – large and small – make positive, long-lasting social impacts.

A professional storyteller, Marie-Anne returned to university whilst working for Channel 7 in order to strengthen her executive skills and opportunities. Holding an honours law degree from Murdoch University, Marie-Anne is also a director of boutique consultancy Gobsmaked Media, which provides media training, strategic communications, crisis management and branding and reputation advice to government, private and non-profits at the top end of town.

A compelling and captivating speaker, Marie-Anne is not only experienced behind the camera, but recently her own life story was featured in the SBS series ‘Every Family has a Secret’. Left in an orphanage and adopted as an infant, she went in search of her biological father after a terrible tragedy prevented her ever meeting her mother. With a DNA test turning her world upside she set out to find the truth about her mother’s secret affair.

What’s your why?
Finding your professional purpose.

A career is very different to a calling and for so many our jobs are far removed from our true passion and purpose. The challenge – discovering our “why” – what we’re really here to do.

Even though Marie-Anne has spent decades doing the job of her dreams, something was still missing. In this powerful and emotive audio-visual experience, Marie-Anne will share how she went from being a baby left in an orphanage to heading up the world’s best children’s charity, raising tens of millions of dollars for sick kids. She reveals how through the search for her own identity, she discovered her true professional purpose. And show how you can add meaning to every day, whilst making money and changing your community for the better at the same time.

Marie-Anne can tailor a presentation to suit your specific theme/requirements.