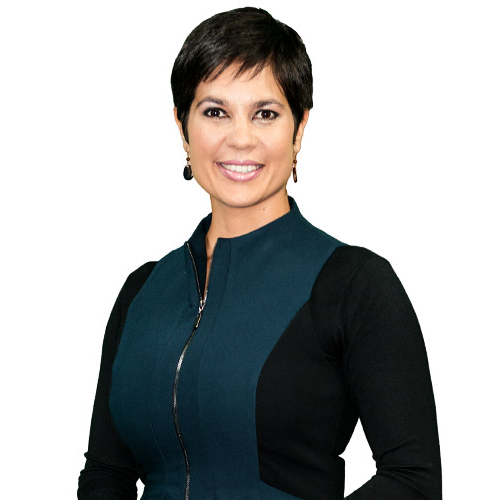 Narelda is the presenter of Perth’s Channel Ten News at Five. Narelda has been a journalist at Network Ten for 17 years and was appointed presenter of the station’s nightly hour long 5pm news service 8 years ago, at which time she became the first indigenous female news anchor for a commercial network in Australia.

Narelda graduated from the WA Academy of Performing Arts and began her career at GWN (Golden West Network) in Bunbury. She joined Ten News in 2000, eventually becoming their court reporter, and also filling in as weather presenter during summer months. In 2008, after the sudden death of news anchor Charmaine Dragun, Network Ten announced that production of their Perth news bulletin would return to Perth from Sydney, and they selected Narelda as news anchor.

Narelda has never had any qualms about what she wanted to do in life. “I wanted to be a reporter ever since I was in primary school. Although there were no indigenous role models in the media for me to look up to, my parents watched a lot of current affairs programs that that was probably a big influence.”.

Narelda understands the importance of providing young children with role models, and often volunteers her time to visit schools. “I talk to the kids about the importance of self-respect, and the importance of building a future” she said. “I teach them how important it is to take responsibility for your own actions, to stop blaming others and to start healing.”

Narelda was awarded a Royal Surf Life Saving Society Media Award for her report on a Perth infant who drowned in the family fishpond at his own first birthday party. Her on air profile has provided her with the opportunity to be involved in numerous community events. Narelda is patron of Motor Neurone Disease Association WA, ambassador for David Wirrpanda Foundation, Breast Cancer Care WA and the Disability Services Commission.

Narelda is also an assured, articulate and polished master of ceremonies who has hosted numerous corporate and government events, conferences and awards evenings. Her presence brings a touch of class to any occasion. She is also a much in demand speaker for corporate events.