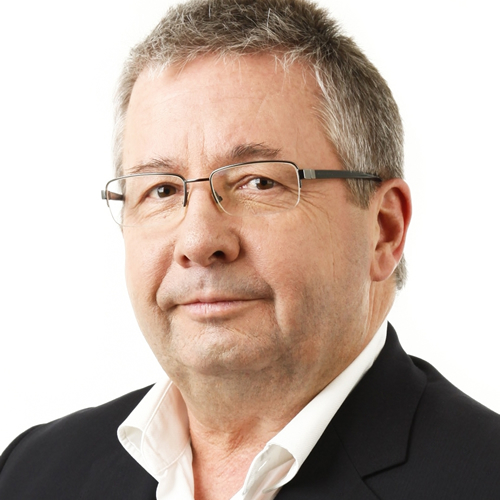 Paul Murray was the longest serving newspaper editor in Australia when he resigned from The West Australian in February, 2000.

In an era when editor’s careers are counted in months rather than years, Paul outlasted many of the powerful people who tried to have him thrown out of office. He was appointed editor in March 1990 of the newspaper where he began his career in 1970.

Every existing circulation record on the newspaper’s books happened during his tenure. In 1997 he achieved a long-standing goal and pushed the circulation of the newspaper over 400,000 for the first time. In 1998 he achieved a magical one million readers target for The West Australian’s Saturday edition. He modernised the look of the newspaper and introduced a range of new attractions from Inside Cover to the Today section to Super Soccer.

In a major career move Paul accepted an offer from Radio 6PR in March 2000 to replace Howard Sattler as host of the station’s all important morning current affairs program. In his six years as host of this program Paul was recognised as one of the leading current affairs broadcasters in W.A. He resigned from 6PR in March 2006 and returned to The West Australian as a columnist and specialist writer 6PR asked Paul to return to the station to present one of their leading current affairs programs in January 2011. He fulfilled this role until December 2014 when he retired from radio and now focuses on his regular columns for The West Australian.

Paul’s extensive media career has given him an insider’s view of many of the events that have shaped contemporary Australia.

Born in Mt.Lawley in 1950, Paul grew up in the semi-rural town of Guildford in the Swan Valley. His father, Keith, was a journalist at The West Australian and his older brother Kim was a reporter at the Daily News. He attended Guildford State School and then Guildford Grammar.

At Guildford Grammar he became a school prefect and captain of Stirling House. He was awarded a Commonwealth Scholarship in 1965. A good all-rounder, Paul was Stirling’s champion junior sportsman in 1966. He was a regular member of the school swimming team and played in the first eighteen in 1967.

Fired up by the nickel boom, he went on to study geology at the University of W.A. After two annual holidays spent working underground in Kalgoorlie’s gold mines he realised that geology was not for him and went to work for W.A. Newspapers in 1969.

His big break came in 1970 when he was awarded a cadetship at The West Australian. He quickly moved from the Fremantle office to the newspaper’s Kalgoorlie office in 1972 for a year, and started reporting politics at State Parliament in 1973.

The next year he was sent to represent The West Australian in Sydney. He returned at the end of 1975, but by early 1977 the bright lights were beckoning and he was posted to Melbourne for three years.

In 1981 Paul was headhunted by Perth’s newest newspaper The Western Mail to become an investigative reporter. He obtained an undertaking from owner Robert Holmes ‘a Court that the newspaper would become a
a daily to challenge The West Australian. After two years with no sign of going daily, Paul went overseas to live in France for a year.

He returned in 1984 and resumed his post at The Western Mail. He won the State’s top journalism award, the
University of W.A.’s Lovekin Prize in 1985 and the Daily News Centenary Prize in 1986. He also won the Beck Prize for political journalism in 1986.

In July 1987 he became the first of the former staff of The West Australian to return to the paper after its purchase by Robert Holmes ‘a Court. He went back as Chief-of-Staff and was appointed night editor in 1989. The next year he was appointed deputy and then editor several months later.

Paul has been awarded travelling scholarships by the New Zealand Government and the United States State Department.

Paul is an excellent communicator and entertaining speaker for conferences, seminars and motivational events. He can speak on a wide variety of topics ranging from Communication, Leadership, Business & Media Ethics, Current Affairs, Treading on Toes and can adapt his presentation to suit your specific requirements. Paul brings credibility, a strong journalistic integrity, and an engaging personality to all of his presentations.

He has made a career out of fearlessly bringing the news to the people of W.A. He is not afraid to tread on the toes of the powerful – and one of his favourite topics now is about the dangers involved in warts-and-all journalism in the most isolated capital city in the world. Paul is also a first class master of ceremonies and has hosted numerous government and corporate conferences and awards evenings.