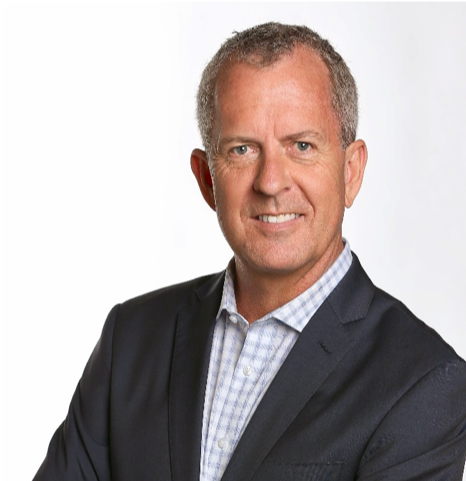 A multi-award-winning journalist, Mark has been a television and radio reporter and presenter since 1991. From reading prime-time news to reporting from international disaster zones and commentating at the Australian Open tennis, Mark is a gifted and versatile broadcaster and storyteller.

After cutting his teeth in Sydney and Melbourne in the 1990s, Mark returned home to Perth in 2001 to work for Channel 7. For the following 19 years he was a leading reporter and presenter across 7 news, sport, weather and Today Tonight.

Mark has also drawn high praise for his presenting role on Telethon, the most successful televised charity event in the world.

Mark is a highly sought-after master of ceremonies, with clients ranging from football clubs to mining companies and health care providers.

Known as an engaging all-rounder, he has hosted events including the Sandover Medal,  the West Coast Eagles’ John Worsfold Medal, WA Architecture Awards, the Black Diamond Ball for Lifeline WA, the Night of Nights Ball for Youth Focus, WA Good Food Guide Awards, The Westin Hotel Perth Speaker Series, A Night at the Museum, the WA Football Hall of Fame, as well as various events for Telethon and Channel 7.

Dementia is an issue very close to Mark’s heart and in 2019, following the death of his grandmother from Alzheimer’s Disease, he became an ambassador for Dementia Australia.

A compelling speaker, Mark passionately shares his family’s experience with dementia, watching a once sparkling, vibrant woman descend into the grips of incurable illness. His powerful presentation has proven invaluable to audiences from Perth to Sydney, including business leaders and health care professionals.

“I would like to thank you for hosting Lifeline WA’s Black Diamond Gala Dinner. Your enthusiasm, energy and charisma captivated and entertained our audience the entire evening.”

“On behalf of the team at Youth Focus and the young people we assist, I would like to thank you for your tremendous performance as Master of Ceremonies at the Night of Nights Ball.”

“Mark, a big thank you for being a fantastic MC at our Derby Lunch.  The lunch was a great success and our guests really appreciated the professionalism that you brought to the day.”

“My sincere thanks for the energy-filled impact you made and contributed to yet another successful Telethon.  You really bounce around that stage and everywhere in Perth to help make this a successful and fun filled weekend..”