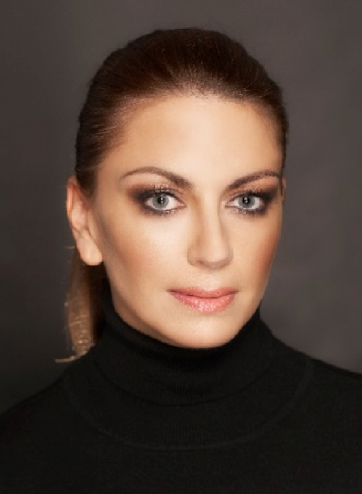 Rabia has undertaken hum rights and community aid work in the Middle East, South America, the United Kingdom and Australia, receiving numerous awards including a Queen’s commendation in 2006 for her work in Iraq.  Runner up for Australian Woman of the Year UK in 2009, Australian Business Woman of the Year Finalist and being named one of Australia’s Top 100 Women of Influence.

Rabia was also selected as a State Finalist in the 2016 Australian of the Year Awards and has been appointed as a Director of the International Foundation for Non-Violence and the Museum of Freedom and Tolerance WA.

Having earned an international reputation as a powerful, transformative, inspirational and unforgettable speaker Rabia is in demand to address audiences around the globe. In October 2013 Rabia received a standing ovation from 1,700 people at her TEDx talk titled Courage Under Fire where she spoke about the power we all have to create the change in the world we wish to see.

Rabia’s best selling memoir, Equal Justice, was published in Australia and New Zealand in 2013 and is now in its tenth reprint.  Her book will soon be published in North America and Europe and a feature film based on Rabia’s incredible life is currently being developed.

Leading with professionalism, integrity, ethics and compassion, Rabia, who speaks English, French, Spanish and Arabic, is committed to peace, diversity, inclusion and education. This is evidenced in her philanthropic work and dedication to inspiring others to find their voice and embrace their capacity to create ripples of change.

Rabia has run the London marathon and a double marathon for Australia for charity. She is a mother to young triplet boys, her biggest and most rewarding challenge yet.

Having battled abuse, discrimination, chronic health problems and trauma, she is a fighter, trail blazer and an eternal optimist.  By sharing her story, Rabia will inspire and motivate any audience, provide them with attitude and tools to empower and enable them to display courage under fire or in the face of any obstacle.