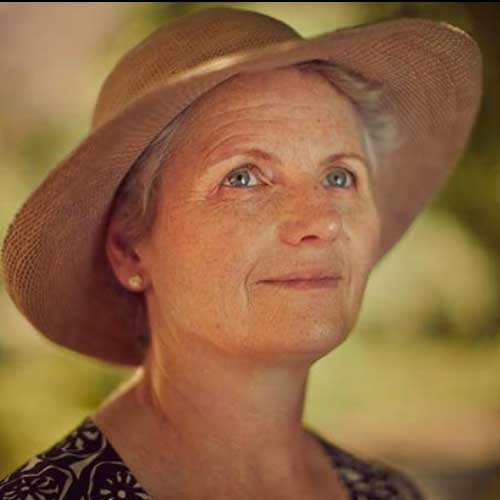 Anne Marie Carey, born in Dublin in1958, moved with her large Irish family to Australia in 1969. She left school at 14 and after six years in the workforce joined a missionary order.  Anne studied nursing and midwifery before going to Papua New Guinea where she ran a remote hospital in a poor rural district of PNG.

After 18 years in the order Anne left to work in health care in remote areas of Australia interleaved with Red Cross Missions in war zones overseas and completing her Masters in Public Health and Tropical Medicine.

As a nurse and midwife she has worked in danger zones including Dafur, Papua New Guinea and Sierra Leone. In Dafur, Anne and her colleagues came under attack but stayed to help local residents.

In Sierra Leone she spent three assignments at the frontline battling the deadly Ebola virus and was amongst the first volunteers.  She was there at the height of the epidemic through to the recovery phase.

She was a member of the Red Cross team that stayed in Gereida Sudan. Gereida was the world’s largest refugee camp and had come under armed attack. All the other agencies including the UN abandoned the camp.  Subsequent focus of world attention on the plight of the refugees and the Red Cross workers prevented any further attacks.

Anne received the Pride of Australia Care and Compassion Award in 2015 and was the 2016 W.A. Australian of the Year.

The guiding principal by which Anne tries to live is to have the courage to be kind.  Anne channels the same energy she used to tackle the bully Ebola with to raise awareness and tackle bullying in the health workforce and the unkind treatment of refugees.

Anne is a first class speaker with an amazing story to tell. She will inspire and motivate any audience.

She lives in Esperance, Western Australia with her husband Donald who is a doctor.