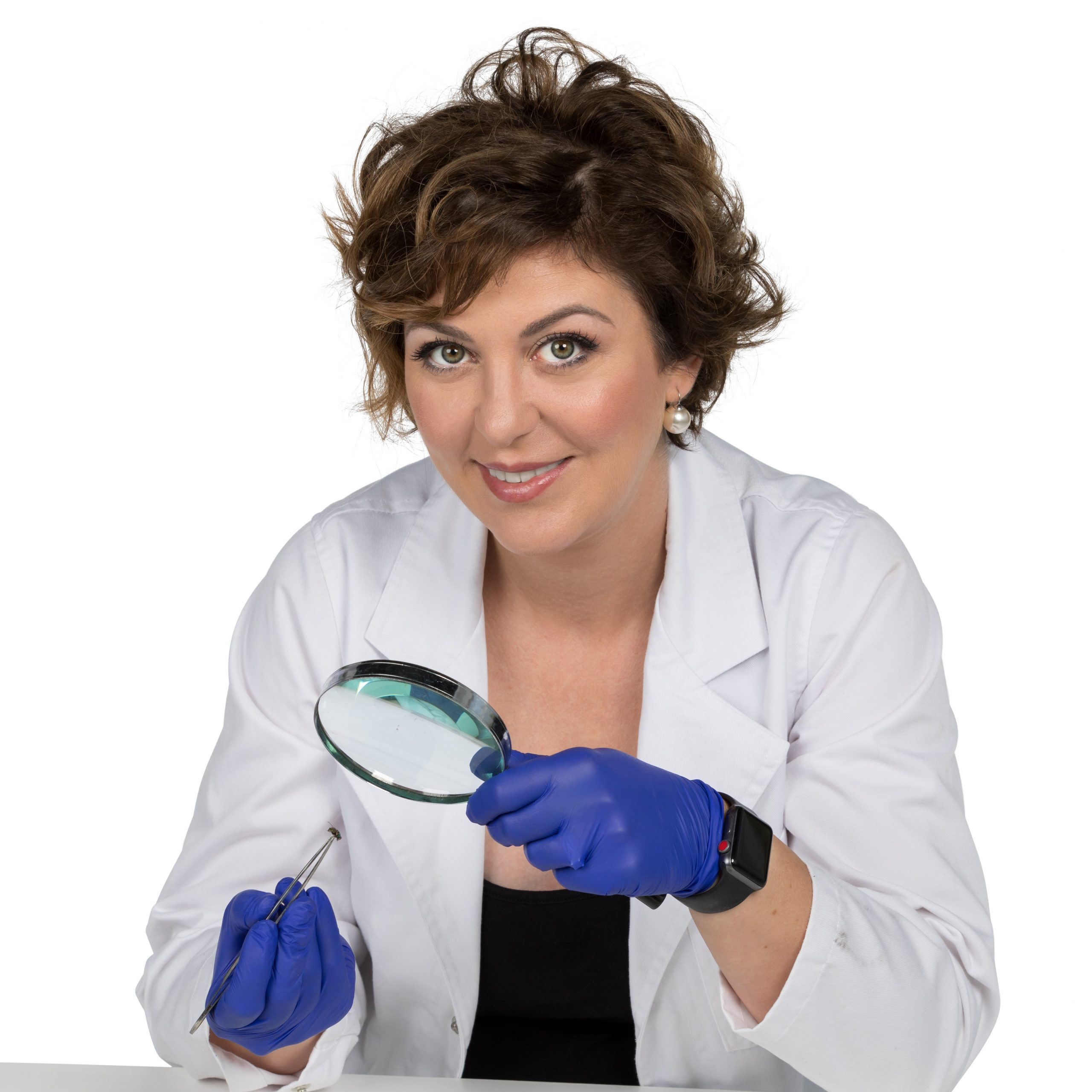 Dr Paola Magni, a.k.a. Australia’s ‘bug whisperer’, is the global face of the specialist forensic science that uses insects and other small creatures to help solve murders, suspicious deaths and cold cases.

Not only is her expertise relied on by law enforcement agencies and crime scene investigators around the world, but Italian-born Paola is also unravelling the mysteries behind bugs in a way we can all understand.

She has even been the inspiration behind a character on RIS Delitti Imperfetti – the Italian version of television series CSI Crime Scene Investigation. With her trademark energy and passion for all things bug-related, Paola is a screenplay consultant and acting coach for the show to ensure it is as realistic as possible.

Paola is also a tech entrepreneur. Her Smartinsects smartphone app which assists law enforcement agencies to identify bugs has been downloaded more than 40,000 times.  Her cutting-edge CSI-VR virtual reality environment for training forensic investigators was selected as a 2019 Australian finalist for Pitch @ Palace.

One of her top priorities, however, is nurturing the next generation of scientists, encouraging young women to follow their dreams of smashing the stereotypes and forging new frontiers in science.

Wife, mother to two daughters under the age of three, career scientist podcaster, guest lecturer and media commentator, Paola has never been afraid to prove that women can – and should – have it all.

With an astonishing contribution to the world of forensic science that spans 16 years, Paola published her first forensic entomology book at 25 and is still an active researcher published internationally.

In pursuit of the best research, study and career opportunities, she has lived and worked around the world, including the US, Macedonia, Kazakhstan, Italy, Singapore and England.

Since 2016, Paola has been Senior Lecturer and Researcher in Forensic Science at Murdoch University in Perth.

She gives back to the community as an investigator into cases of animal cruelty and suspicious wildlife deaths in WA for the RSPCA.

Paola is a charismatic and captivating speaker with an infectious enthusiasm for the role insects and other pieces of nature play in crime scene investigation. Proudly smashing the STEM stereotypes, this self-confessed ‘glamour-nerd’ is smart, vibrant and entertaining. Paola’s vivacious personality and natural sparkle belie the gritty determination and down-to-earth outlook that have driven her goals and ambitions. With a mission to motivate, to innovate, to inspire, to challenge, to educate and to share, Paola is a natural-born presenter.