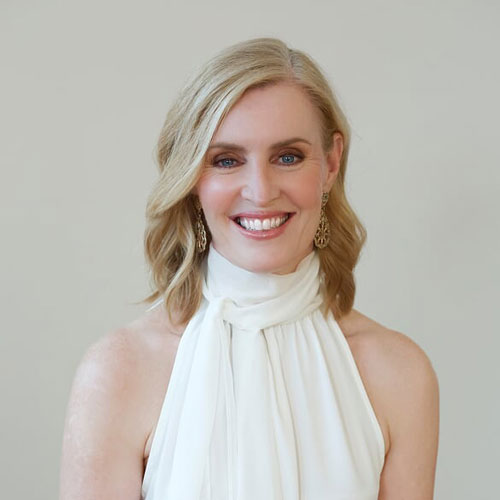 Karen has been a regular face and voice of ABC TV and radio sport since joining the ABC in 1989.

After completing a Bachelor of Arts degree in Communications and Psychology at Macquarie University in Sydney, Karen spent eight years as a TV sports broadcaster and presenter, anchoring golf, tennis and other major sporting broadcasts on the ABC network.

In 1997, she made the move to ABC Radio as the presenter of the weekend national sports program ‘Summer Grandstand’ – a role she still enjoys from her adopted home town of Perth.

She was part of the Friday night fun of ‘Live & Sweaty’ on ABC TV in the early nineties and for six years presented sport on ABC TV’s weeknight news in Perth.

Karen was also the regular host of ABC TV’s annual coverage of the Hopman Cup tennis tournament from 1994 to 2010.

She was the Media Award Winner at the 2000 and 2001 Australian Sports Awards and in 2020 Karen received a Lifetime Achievement Award at the Sports Australia Media Awards in Sydney.