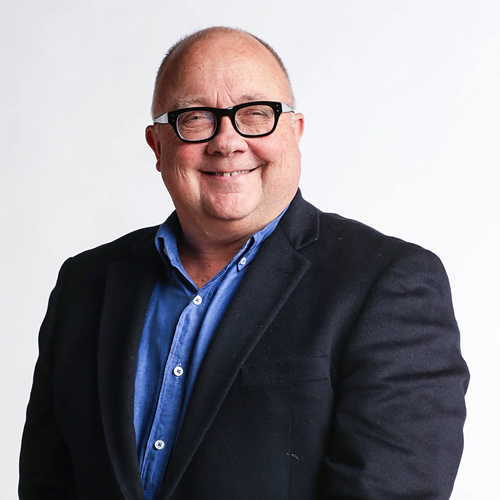 Rob Broadfield is a communicator. It is the common thread in a career spanning media, business, corporate advisory, politics and writing.

After nearly fifteen years in business – spanning corporate advisory, capital raisings for start-ups, directorships with a number of publically listed companies and the development of Newscomm Ltd into a boutique media-based investment business – Rob returned to the media in 2007. He had what he calls “the dream job” at The West Australian Newspaper, where he was the Inside Cover columnist for several years and is now “WA’s most feared” restaurant critic.

“Returning to the media has also given me the opportunity to develop, with The West Australian, a project dear to my heart, WA’s first comprehensive, journalist/reviewer-driven Good Food Guide,” Rob says. The first edition of the annual guide was published in September 2010.

Rob’s career began as a cadet reporter in Queensland. He quickly moved from newspaper to electronic media where he developed his skills as a news executive and found his niche in talk radio. In 1986, Rob was appointed Network News Director for the (then) AWA Radio Network – the youngest network news executive in Australia at the time. Rob has presented highly successful talk radio shows on the ABC, 3AW Melbourne and 6PR Perth. He is a regular guest political/culture/current affairs commentator on 6PR, ABC TV and ABC radio, Perth.

Rob’s business career began in 1992 with the establishment of a small public relations firm called Newscomm. It rapidly expanded into a boutique specialist firm – predominantly providing support for M&A teams, capital raisings, IPOs, large government capital projects and mission-critical external affairs. As a corporate adviser Rob provided strategy and advocacy for clients in need of stakeholder and news management leadership at times of crisis. His private clients have included prominent Australians from Olympic sports stars to Cabinet ministers and from industry leaders to public sector CEOs.

In business Rob has developed and listed new businesses; promoted start-ups and raised capital (in the region of $400 million) across a range of business sectors (financial services, internet, wine and agriculture). He has advised clients in Australia and Europe.

Rob took a sabbatical in 2006-2007 to work as a ministerial advisor, in Cabinet, for the Howard government. To this day it remains his, “single greatest thrill, single greatest learning curve and single greatest two years of adrenaline induced terror.” Rob still maintains his Australian Government Top Secret security clearance.

In his spare time, Rob established – with his business partner – the WA-based fast food business Hot Box – Good Food To Go, which expanded into a franchise model, now widely imitated.

His purchase of regional commercial radio assets in the late 90s was, he says, “the most fun you can have standing up, but a folly of hilarious proportions”.
Rob’s cookbook, “Pull up a chair” was an Australian best seller.

Rob is a yachtsman. He has a couta boat at Royal Freshwater Bay Yacht Club (Perth) where he races competitively. He is married to a senior resources executive and has a beach house in Margaret River where he “cooks large, layback dinner parties for our mates”.

He is an experienced MC, moderator and speaker.

It seems everyone’s got a “how I beat the odds” story these days, but when Rob was given ten days to live – after two years of serial misdiagnoses – the successful businessman had to re-assess. Not only did he find mirth in the darkness of terminal illness, he discovered a healthy and humorous disdain for all those who said, “it’s time to slow down.” A remarkable story with a sting in the tail.

The knives are out!

Being Western Australia’s “most feared restaurant critic” has its ups and downs: death threats, nervous waiters, belligerent chefs and some really horrible food. This is an after dinner speech, rich with anecdotes, that will make you afraid, very afraid, to eat in a restaurant again.

This is a political memoir like no other. Rob’s two years in politics was a roller coaster ride and an insight in to the highest levels of executive government. It’s also a “how to” for those seeking to engage the federal political system (“Sack the lobbyist for a start!”). Rob recalls how art imitated politics when he turned on the TV one evening and found the playbook for one of his policy launches, had become an episode on the ABC TV series, The Hollowmen.