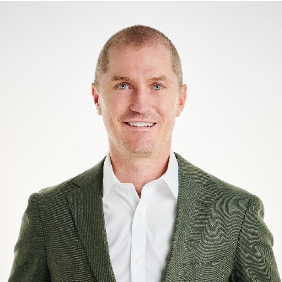 Adam Selwood’s career on and off the football field has been epitomised by hard work, perseverance and a unique ability to pivot at critical life junctures.

Born in the Victorian country town of Bendigo, Adam moved to Western Australia at the tender age of 18 after being drafted to the West Coast Eagles with pick No.53 in the 2002 AFL Draft.

After mustering two games in his debut season and three the following year, Adam became a mainstay of the club’s senior side in 2005, where he ran through the midfield alongside iconic Eagles players Chris Judd, Ben Cousins, Daniel Kerr, Andrew Embley and Dean Cox.

Adam played a pivotal role in helping West Coast capture its third premiership in 2006, just a year after playing in the side that fell agonisingly short of reaching the game’s highest peak.

Later in his career, Adam evolved into one of the game’s preeminent ‘taggers’, responsible for shutting down the opposition’s most dangerous players. Some of his long-standing on-field battles involved champions of the game and future AFL Hall of Fame recipients including Adam Goodes, Gary Ablett Jnr & Brent Harvey.

While the 2006 premiership was undoubtedly the highlight of his illustrious playing career, Adam accumulated many more noteworthy honours during his 187-game AFL journey.

He was a member of West Coast’s leadership group from 2007 to 2012, became a life member of the football club in 2011 and claimed the Eagles’ coveted Chris Mainwaring Medal, bestowed on the team’s best clubman, in 2013.

After retiring in 2013, Selwood transitioned into the Eagles’ coaching ranks, where he guided the club’s emerging midfield talents for four seasons.

But when an opportunity arose to play a part in pioneering the club’s female football pathway, Adam – who ascertained a Bachelor of Commerce (Sports Management) from Curtin University while still playing for the Eagles – decided to expand his career horizon.

Since 2016 he has been the driving force behind West Coast’s female football program, which culminated in the club fielding a team in the AFL Women’s 2020 competition.

Through his varied experiences as a player, coach and professional sports administrator, Adam has developed an intimate understanding of what it takes to perform at the highest level and the importance of cultivating a winning culture. His ability to articulate this journey while drawing parallels to everyday situations and team environments provides a unique speaking opportunity for your group. Adam’s authentic, professional and dedicated nature is demonstrated in his presentations, which speak to audiences of all backgrounds.

• Learning to live uncomfortably
• Finding your niche
• Understanding your role within a team and the power of communication
• Recognising and developing levels of resilience
• Leading effective teams and outcome
• Cultivating culture
• Controlling your centre of influence
• Optimising performance mindset. Staying adaptive and versatile
• Importance of self-nurture and personal care