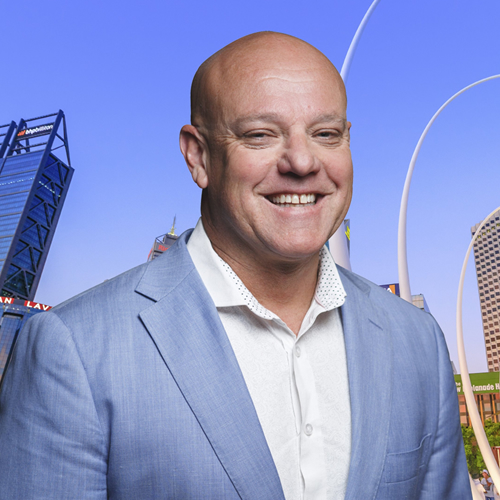 Simon Beaumont assumed the role of Morning Program Presenter at 882 6PR in January 2007, having worked in current affairs radio as a reporter, producer and occasional presenter since 2001, when he joined Liam Bartlett’s Morning Program at the ABC in Perth.

He has a passion for breaking the news and local issues that impact on Perth and WA, recognizing that radio is the best and most immediate medium of choice for not only the listeners, but the agenda setters and people in power.

“A good morning radio program can bring you the news of the day, reflect on what’s gone before, and best of all, the listeners let you know what’s happening then and there, out in the world,” Simon says.

“TV pictures are great, press photographs are great, but live radio brings you action and reaction as it happens, completely raw and unedited.”

An association with award winning presenters like Liam Bartlett and Bob Maumill has laid a great foundation for his own show, such that Beaumont now appreciates the value of preparation and the spontaneity and theatre that radio can bring. One of Simon’s stories, the secret deportation of serial sex offender Robert Excell, won the ABC Morning Program the Grand Media Prize in WA in 2005.

In early 2011 Simon moved from presenter of 6PR’s morning program to Executive Producer of the station’s Breakfast program also incorporating an on-air role as the program’s current affairs reporter.

He is currently host of Radio 6PR’s popular afternoon program which airs 12 noon to 3pm Monday to Friday.

With a background in sports reporting, Simon Beaumont has worked at the last two Olympic Games in Press Operations, and has worked extensively as a triathlon coach, sports journalist and commentator. He has worked in Federal and State Government agencies, and also in remote WA in local government. He operates and owns a small communications business, specializing in ground commentary at fun runs, triathlons, swimming and cycling events.

Simon is married to Rowena, they have three children, Daniel, Hannah and Isabella. He supports the Eagles and East Perth fervently, and understands completely that his days as a competitive triathlete are finished.

Simon is also a first class master of ceremonies and has hosted numerous corporate and sporting events such as:

As a radio presenter he has interviewed former Prime Ministers John Howard, Kevin Rudd and Julia Gillard as well as former Treasurer Peter Costello, and former WA Premier Colin Barnett who had a regular segment on Simon’s morning program.