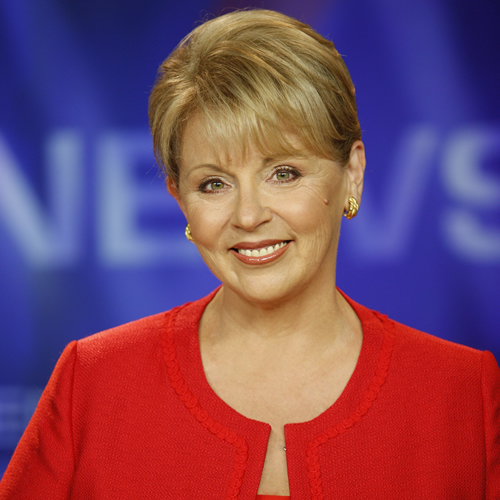 Susannah Carr has been an integral part of Channel Seven’s top rating news team for the past 30 years and has achieved outstanding success on commercial television. She has been recognised with many awards including a Logie for Most Popular Female Personality in Western Australia, three Clear Speech Awards and was also named W.A.’s favourite newsreader from a poll in The West Australian.

Susannah began her career in media in 1974, when she joined the ABC in Perth as an announcer, having studied one year of Law and two years towards a Bachelor of Arts Degree at the University of Western Australia. She is also a qualified architectural draughtswoman.

At the ABC she worked on both city and radio networks 6WF (now ABC 720) and 6WN, covering all duties from news reading to compering classical music shows, popular music shows, talkback radio and education programs.

In 1978 she became the first female TV newsreader for the ABC in Perth and the second, by only one day, for the ABC nationally.

Other facets of her work at the ABC included TV weather, compering concerts at the Perth Concert Hall for broadcast, live television commentary of events such as royal visits and presenting election coverages.

In 1984 Susannah was asked to join the revamped Seven National News which was to be broadcast at 6pm nightly instead of the 6.30pm timeslot it had occupied for over 20 years.

In 1994 Susannah was part of a Channel Seven team sent to South Africa to report the historic first all-race elections.

A year later Susannah was a member of the first western TV crew allowed into Russia to film the Kremlin and the priceless Faberge Egg Collection for a documentary which later aired on Channel Seven.

Susannah was flown to London in 1997 by Seven Network as part of their team to cover the funeral of Diana, Princess of Wales and in 2018 covered the wedding of Prince Harry and Megan Markle.

In 2000 Susannah had the opportunity to be part of Channel Seven’s Sydney Olympics coverage and in 2012 she was sent to Bali for the anniversary of the deadly terrorist attacks that killed 88 Australian holiday makers.

Articulate, charming, assured and professional Susannah enhances any special occasion and is equally at home as a master of ceremonies or speaker who provides a fascinating insight into the world of television news gathering, her experiences in South Africa (with a bomb exploding several doors away from their hotel), and her trips to the Kremlin and the coverage she provided from London of various Royal events.

Susannah is also an integral part of Channel 7’s Telethon team and works tirelessly for this cause.